The skies were heavily overcast as Earl proceeded up the coast south of us.  The September arrival Sanderlings were skittering about, enjoying whatever particles each wave washed up and deposited on the beach.

Then the wind and the sea became more aggressive, more serious. 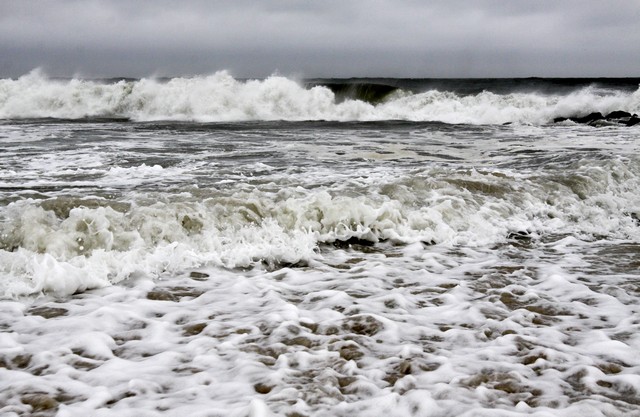 By twilight, although a 20 knot wind continued, the clouds in the west had broken apart to unveil the promise of tomorrow’s sun.  Click on the picture for a panoramic view.

And, indeed, the following morning was beautiful.

« BACK ON THE WATER AGAIN, AND AT DOWNBAY
FALL’S COMING ASHORE »