I had read of a Pinelands hike into the Harris Paper Mill ruins for last Saturday.  I was itchy to get off of the beach but not enough for a five mile hike.  Marty Lou and I found the ruins in the early sixties when we were young and carefree and following the trails on the topo maps.  In those days there wasn’t any fencing around the ruins.  Oh, well.  Nevertheless I was beckoned so I drove to Harrisville Lake and walked along the shore for my size of hike.  It made me want to find that topo map and maybe try again sometime.  Here’s a view of the lake. 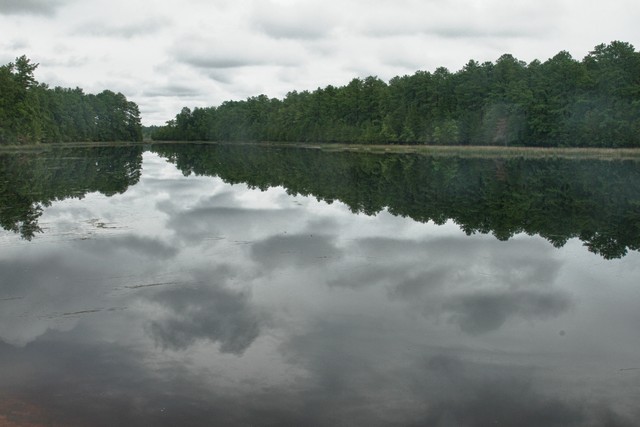 Discussion:  Dark and no particular “wow” factor but it survived the cut because of the interesting clouds and their reflections, and the presence of two triangles in the composition which they tell us pleases the mind’s eye.  The peaks of those triangles draw the viewer’s eye upstream to … where??

Spillways are like magnets for me.  Here’s a view of the spillway below the Harrisville Lake dam.  The grasses running toward the top of the image drew me in.  The whitish puffs?  Perhaps cotton balls…..too early for snow. 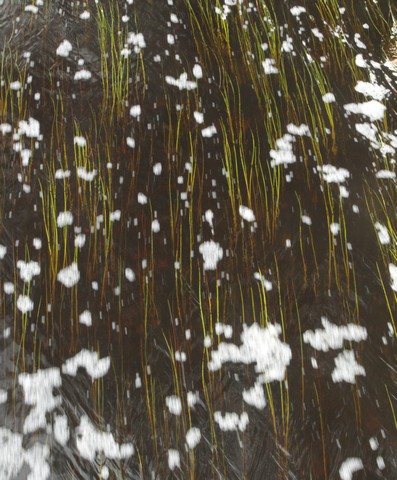 The recent full moon, September 12th, occurring closest to the autumnal equinox is known as the Harvest Moon.  With the data from Stellarium, my astronomical software, I was on the beach and set up well before moon rise.  My fantasy has always been to capture the disk just (or slightly after emerging) with a golden trail of light dappling the surface of the ocean on its way to my lens.  Well, I need not have hurried.  There was a cloud bank offshore that kept the moon from appearing until some 20 minutes later, and it was hazy.   But, we keep trying.  The beach at twilight was lovely while waiting for the moonrise.  There are three ghosts of sanderlings skittering in the foreground for some dinner. 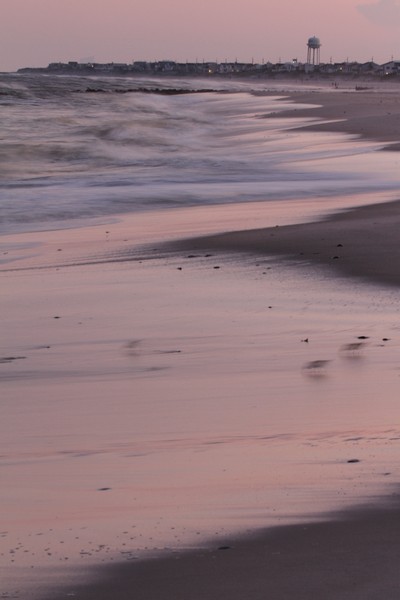 The beach at twilight in September.

With the moon up sufficiently I still couldn’t get my golden trail but the waves on the jetty gave me a nice balance. 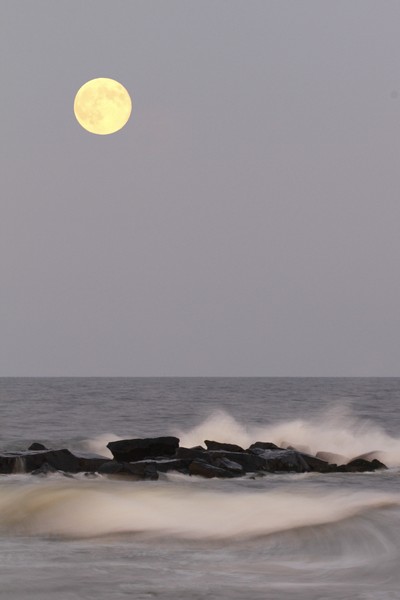 The Harvest Moon Above the Jetty.

Finally, when it had risen still higher I was losing the “big” disk but there was my golden trail. 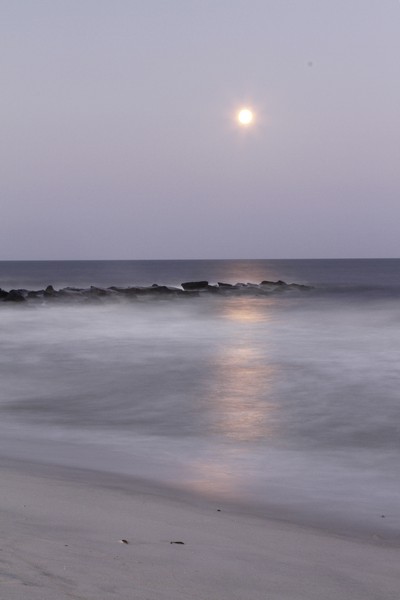 I was so glad to see the golden trail that I tried a little video to watch while I’m hibernating in my cave this winter.

15 Responses to “FIRST FALL WEEKEND AND A HARVEST MOON”