Yeah, yeah, I know.  It’s not summer yet but it sure felt like it.  The Memorial Day weekend was mighty fine.  I said to the family that it was as though we had been in a winter time warp;  then someone pulled the switch and we fell out into last August.  Bagels from the Bagel Shack; three trips a day to Murphy’s to get the food items we forgot to get earlier; fisherman and crabbers at the foot of the street;  flip-flops lined up at the beach entrance; surfers and beach walkers; the ice-cream guy’s bells; roller blades on West Avenue…

We enjoyed it while looking anxiously over our shoulders, half expecting the nice weather to be pushed away.  But, it didn’t happen even though we all remember wet, cold, Memorial Days in the past.  Clearly, the season has begun and we’re pleased that neither spring nor summer have forgotton how to do it right.  The Purple Martins know it; they returned to their condos a few weeks ago.

The celebration day was beautifully clear at Beach Haven’s Veterans’ Bicentennial Park, ready for the ceremony at the gazebo.

The parade was “down-home” with the Mayor, our friend Professor Commissioner Nancy Davis, the Boy Scouts, the antique cars, Missy and John Maschal in their early 20th C., wood-sided Fudge Truck , the fire engines and first-aiders, and a super marching band.

During the service, veterans were invited to gather before the podium.  Feeling inadequate in the presence of those who had been in harm’s way I went up anyway, proud to have served my country.  I never fired a shot in anger but I served, helping to maintain our defense establishment with the Atlantic Fleet Seabees in Morocco, Spain, and Puerto Rico.  Here’s Bergie and his construction company of Seabees in front of a completed vital defense structure (a base commissary ;-))  (For this I had to master navigation and seamanship??)

The Memorial Day Pig Roast was fun and filling.  Fun also to see old friends again to begin the season. 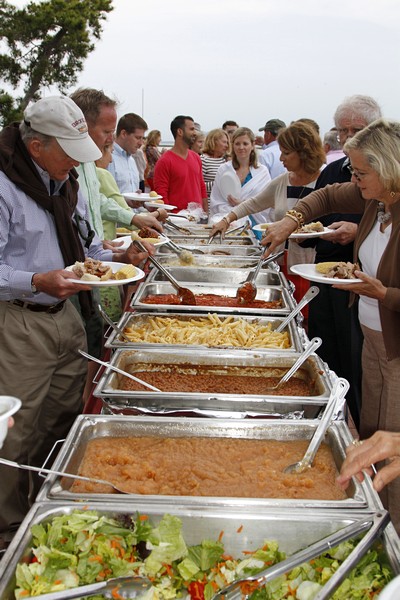 Other signs of the seasonal change are here.  There’s usually a tiki of some sort nailed to the top of a post along the boardwalk from the street to the beach.  Here’s this year’s…whimsical and endearing.

And, just by that walkway are the beach roses, Rosa Rugosa, sometimes called Nantucket Roses, which are most lush and prolific at this time of year: 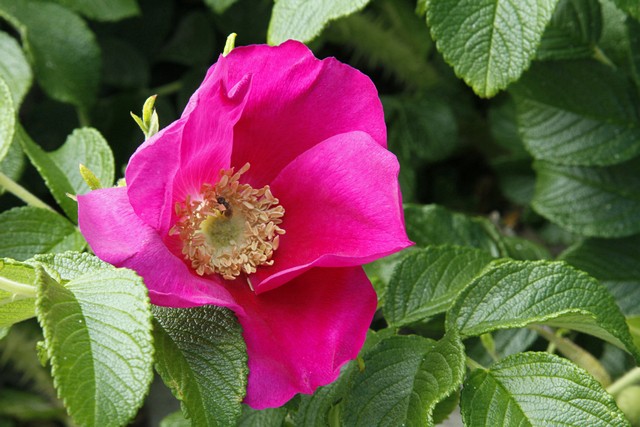 This is also the season for the exotic, beautiful mountain laurel blossoms.  The reddish cast, a departure from the usual light pink, is rare for the area, and is seen mostly in the nearby pine barrens.

And, finally, the regal,delicate ballerina, the iris.