HURRICANE SANDY …..THE BEAT GOES ON

Bobby, Sigrid and I got back down to the house the weekend they first allowed us back on to work.  The sights that greeted us were even more upsetting.   Earlier there had been a monstrous pile in front of the Acme.  That had been disposed of but a new pile created in front of the adjacent theatre.

At the house we opened up the double doors that lead into the storage area which underlies the whole house.  It was like the worst dream of a high school party aftermath.

I cannot imagine the violence outside let along in this enclosed space.  How terrifying it would have been had we chosen to stay at the property as some friends of ours did.

We set to work and hauled most to the curb but some to be cleaned up with Bob’s pressure-washer. 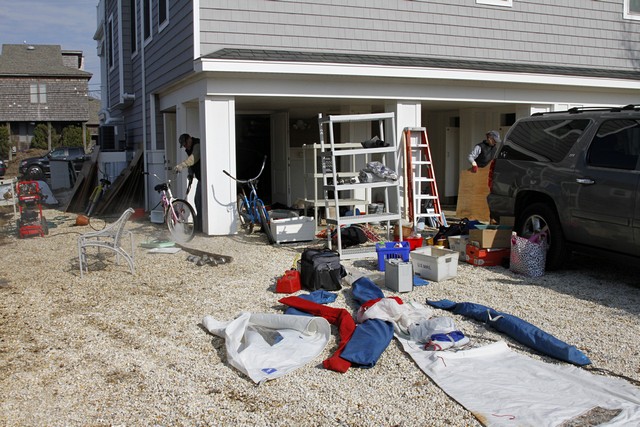 When we had finished for the day we had not lost nearly as much as others. 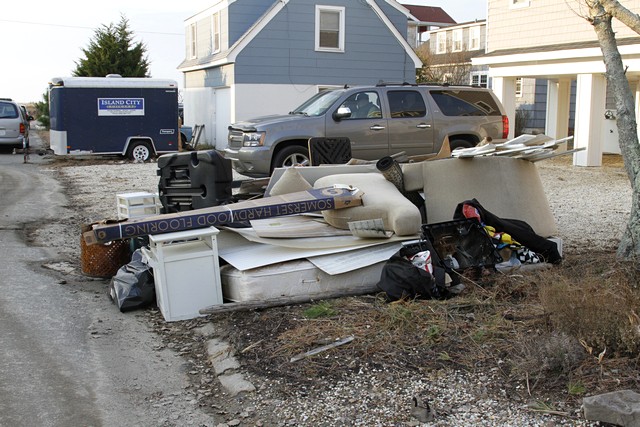 My friends and neighbors Nick, Tim and their mother lost almost everything from their home.  It is being picked up in the picture below.  They are also the owners of the boat landing which was heavily damaged as shown in my previous post.  Nick, however, is beginning to feel a little more positive about getting the boat landing ready for summer.  As to the impact on his wholesale bait business he notes philosophically that the bait shops he supplied are out of business anyway. 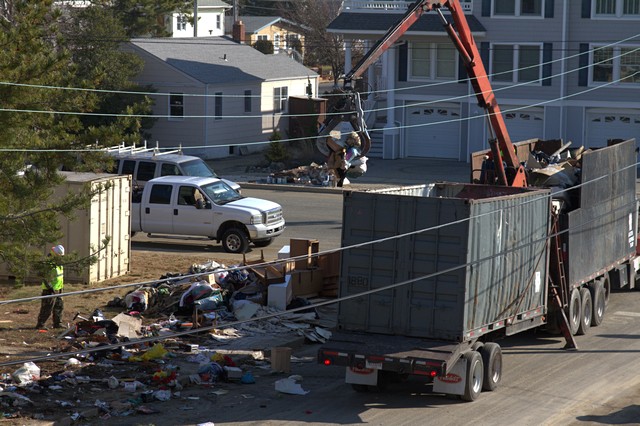 Other friends of ours had two boats stored in their under-house enclosure.  They didn’t get away but they were buried in sand when it was over.  One had a boat under their house which was thrown against the breakway siding and the siding … broke away.  A neighbor had a modest pile of trash at the curb such that the destroyed five foot tall wine cooler stood out.  The streets are all a depressing sight but flags fly here and there.

My October 14th end-of-summer post concluded with this seagull picture.  I wrote that he was sad that I was leaving.  I now wonder if he was sad becase he somehow knew the terrible events to come. 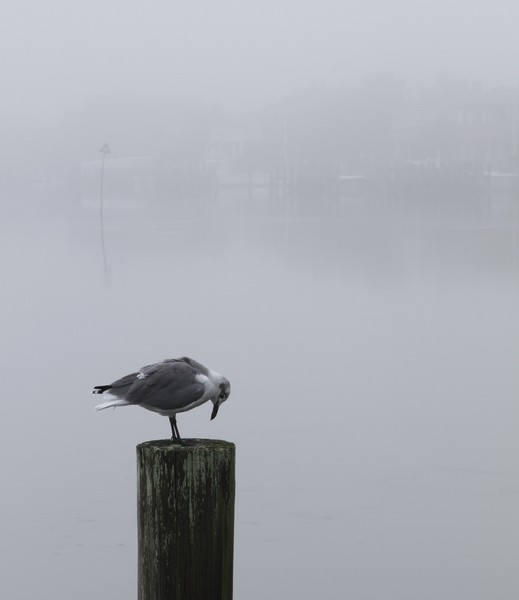 For some more snapshots of the storm damage CLICK HERE.

8 Responses to “HURRICANE SANDY …..THE BEAT GOES ON”

« SANDY AT THE BEACH
SANDY’S SAND (AND OTHER DEBRIS) »