MORE FUN IN THE FOG

In a recent post, Ian Plant, mentor-to-many, said this:

“The collision of moisture and light is where photo magic is made.”

It seemed bang-on for another post about fog and surf. The Jersey shore this spring has experienced more fog than usual.  Up around Sea Bright there was seen a stationary fog bank just off shore that looked like an approaching tsunami wave.  A friend from Avalon, further south, told me that they’ve had a foggy spring as well.  Ours continues along Long Beach Island and while it’s pleasant and rather clear two or three blocks from the beach, the morning fog is parked on the beach and eastward.

Here’s a beach rose (Rosa Rugosa) covered with droplets from the morning fog.

Soon enough the blossoms age and drop their petals.  Sad but …. life. 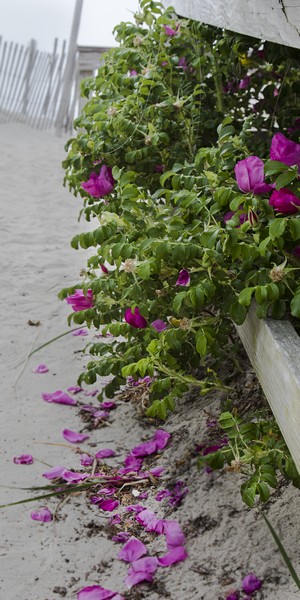 The fog enhances some interesting patterns in the snow fencing of a winding path. 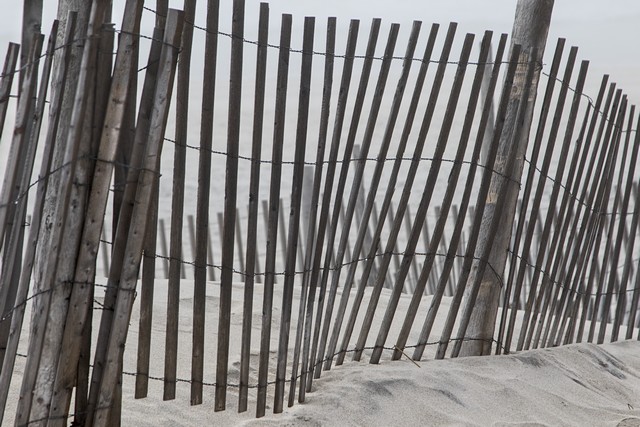 At the water’s edge my focus (no pun intended) was on the use of a Variable Neutral Density filter to smooth out or homogenize the surf.  (You can read about this — or not — by pulling down that tab at the top of the page … Mastering Variable Neutral Density Filters.)  Here’s one result.  Remember, I’ve not only greatly slowed the shutter speed, it was also a misty scene.

Or, from the other side of the jetty…. 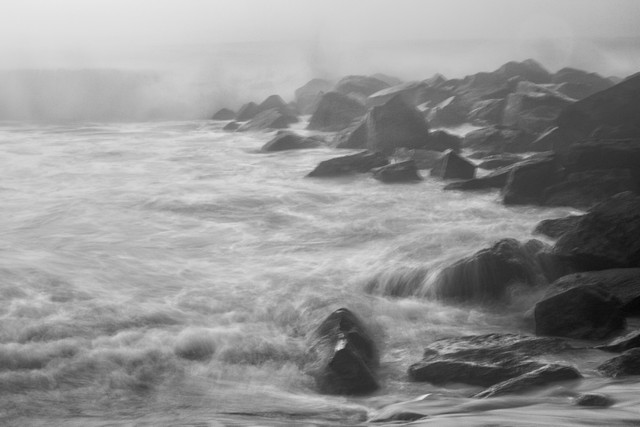 I’ll be working this pasture again this summer and fall.  A nor’easter’s waves will call me.

But, with or without the variable filter, fog offers lots of possibilities for interesting images.  Here’s one that especially pleased me. 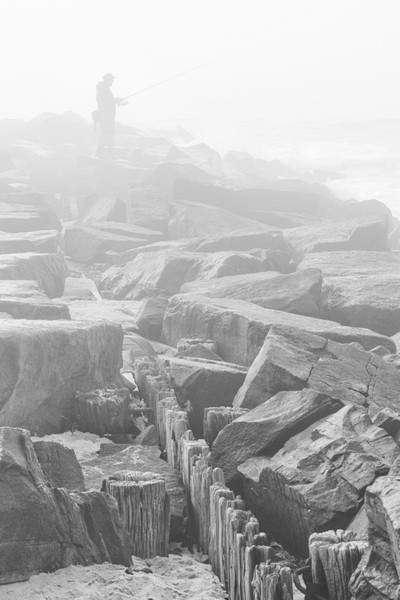 Moral:  “Have a nice day.” is not always a good wish for photographers.

16 Responses to “MORE FUN IN THE FOG”

« VARIABLE NEUTRAL DENSITY FILTERS
ANOTHER JOURNEY TO A DISTANT SHORE – 2015 »