SUMMER ON THE WANE

What? Summer just started. True but I hear my morning coffee guy, Gregg Whiteside at WRTI tell us each day there are a few seconds less daylight.  We hit the Summer Solstice but as soon as that happened and because of the way we revolve around the sun the days began to shorten.  Enjoy the rest of summer.

Before spring ended we had our annual opening of the Little Egg Harbor Yacht Club.  For the first time in its 108 year history, however, it was held on-line via Zoom to all members.  It was a moving event which included casting a wreath upon the waters in memory of members we lost in the past year.

Sadly that included two friends from my shore life and from Medford Leas, both past Commodores, Phil Flagler, 1974, and Tommy Thomas, 1987.  I was asked if I could find Phil and Tom in my archives and I was able to pull them from group photos of a few years ago and to fuzz out the backgrounds.  I wish Photoshop could bring them back.

A symbol of our annual opening has always been our season calendar which is a big-deal production that includes ALL events to be held  i.e. every race, every Happy Hour, every meeting, every gathering of special interest groups such as the book club or the art group, every dance….and it also includes tons of snapshots from last year’s events.  Ahhh, Covid…no events, club closed, what to do.

Well there’s still a calendar but it’s on-line and events are cancelled as necessary.  In lieu of a calendar cover the officer who was responsible for it this year (a little nepotism: my son-in-law, Bob Kiep) asked me if I could come up with something that would fit his vision.  His vision was that of the sun rising once again over our club notwithstanding the pandemic … as it has for so many years .  Well, I’ve been privileged to have done a lot of covers over the years and I had retired but “once again unto the breach.”  Here’s what I eventually produced after submitting several ideas for review.  This was the result of overlaying an older club image on a Beach Haven sunrise.  Details for my colleagues can be seen by visiting “How Was It Done.”

THE LAST OF OUR SPRING ROAD TRIPS

Barb and I took two more road trips to mark the end of spring.  For that final Saturday my fantasy was to drive out onto Sandy Hook and gaze at Sandy Hook Bay and the Verrazano Narrows entrance to the Hudson River and Manhattan.  This would be revisiting waters I cruised a couple of times headed up the Hudson or up the East River and out into Long Island Sound and on to Nantucket.   BUT,  it  was  not  meant  to  be  !!!

I forgot that a lot of people live in North Jersey and that they were anxious to get to the beach.  The roads were parking lots.  So we turned around and headed south along the beach to Seabright and that, too, was a parking lot.  We pulled off briefly to park on the bay side to eat our lunch as boats motored by.  But we were then politely reminded that it was a no-parking-either-side street so we threw in the towel and left.  Over the ten weeks we did these weekends this was our only failure.  Had  I taken any pictures they would simply have shown cars.

Anxious to make up for it and to celebrate our last trip before summer and our shore life we took off again on Sunday for Fortesque.  (I hear the excited intakes of breath.)  The village is located on the Delaware Bay , southwest of Millville and well to the other end of the state from Sandy Hook.  As far as being crowded we won; the year round population is only some 400 souls. 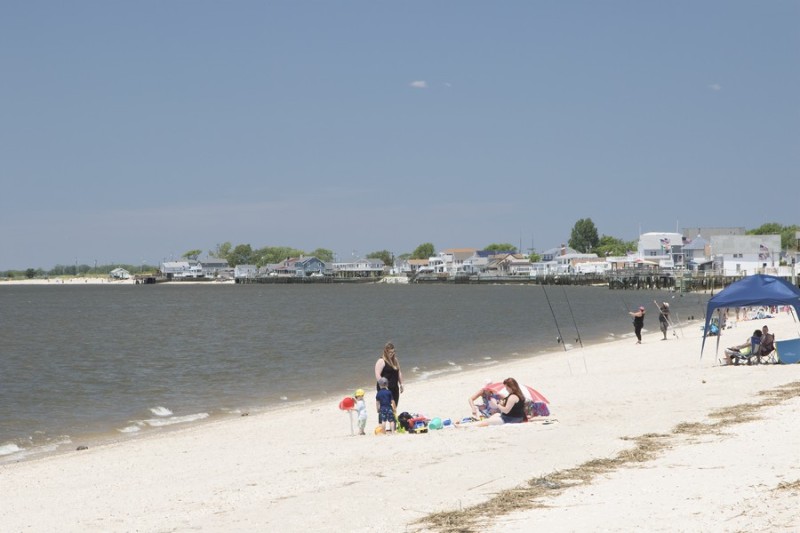 A crowded day at Fortesque.

We parked at the beach’s edge and enjoyed our sandwiches and people watching.  It was all pretty much social distancing.

If you know south Jersey you’ll spot the white plume beyond the distant horizon and recognize it as the discharge from the cooling tower at the Salem nuclear generating station. 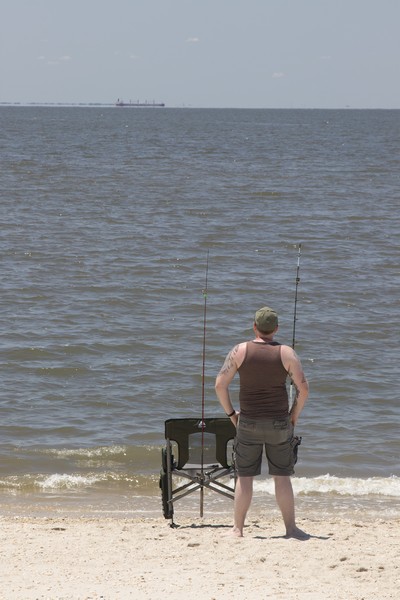 THE FIRST DAY OF SUMMER

The day after the solstice was Father’s Day and I qualify for that so we joined the family for the weekend.  It was a delight to be with everyone including my granddaughters and their “others” ( I don’t know what to call them but they’re nice guys.)  Later that night we enjoyed scenes from the front deck.   The first is a neighbor’s Father’s Day gathering; the second is when friends sailed by later on their way back to their dock after a sunset sail. 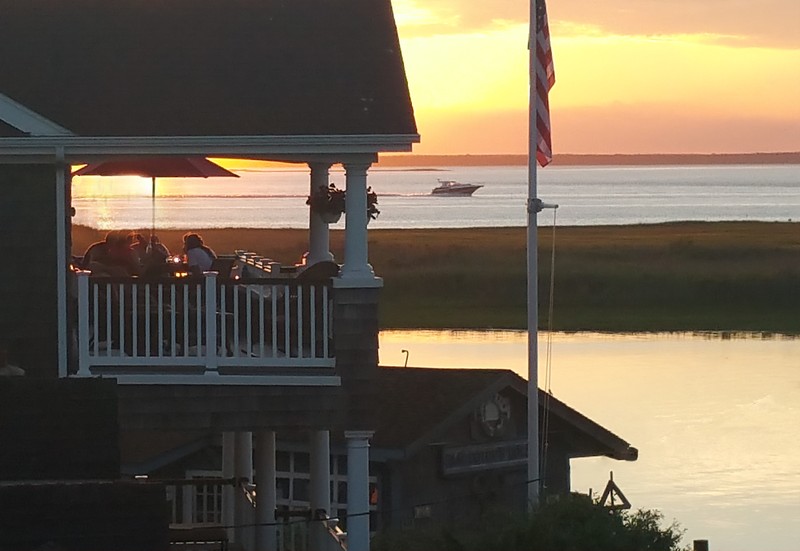 A few days later Sigrid and Gretchen swooped in to the Old Folks Farm and in 45 minutes packed all the stuff I had spent days staging and writing on lists.

The next thing I knew I was back on Grampa’s deck for morning coffee. 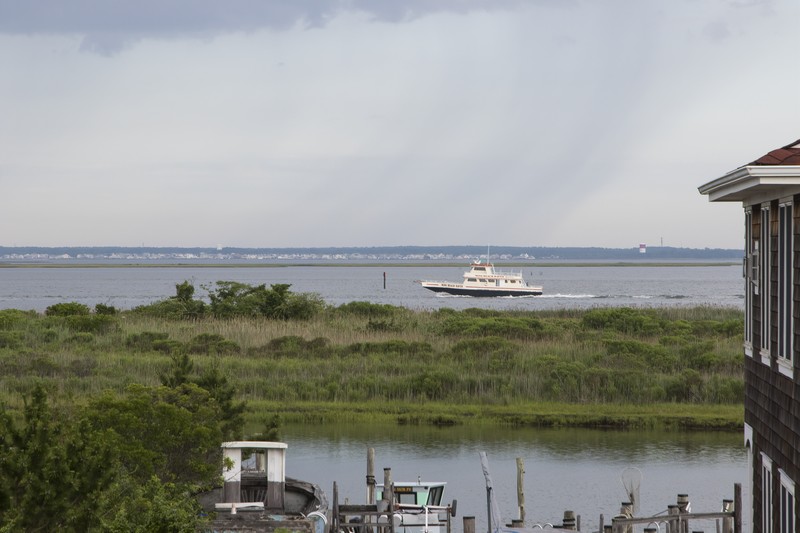 Yes, all of the sun room plants also came down and they, like me, are

VERY HAPPY TO BE HERE!

7 Responses to “SUMMER ON THE WANE”

« QUARANTINING IN OUR CARS
MY GATEWAY REDUX »